Several Tips for Choosing a Pair of Suitable Aviator Sunglasses

Aviator sunglasses were developed by the eyewear company Ray-Ban in 1937.For these years, aviator sunglasses have become the top choice when it comes to choosing a pair of sunglasses with fashion. However, it’s never an easy thing for people to choose a pair of suitable aviator sunglasses for themselves. In fact, there are much more things should be taken into consideration than just walking into a sunglasses store and trying on a few pairs and then getting one pair home on a whim. If people don’t want to take some time to decide what the purpose of wearing aviator sunglasses, what features are most important to them, and what they can really afford, they’re very likely to waste their hard-earned money on a pair of aviator sunglasses that they won’t really like after they get them home. 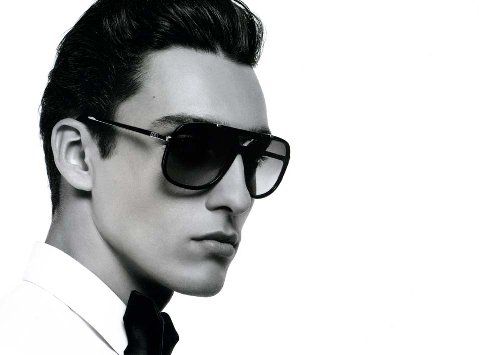 Generally speaking, there are mainly three things should be thought about clearly before people make their choice.

The second thing is to have an idea of what features are important before people begin to shop. Aviator sunglasses come in all kinds of configurations. While they may have the same basic style, there must be many differences among them, such as the color of lenses, the style of the frames, the color of the frames, the materials used to produce the lenses, the amount of polarization offered to protect eyes from UV rays and glare, and so on. Before choosing a pair of aviator sunglasses, people should learn the purpose of each feature and then made a decision of what features should the aviator sunglasses have. If people don’t have a list of priorities in mind, they will be frustrated when confronting kinds of aviator sunglasses.

Last but not the least thing is to have an idea of their own budget. Aviator sunglasses can be purchased both for a much cheap price or a high price. People who want to buy a pair of aviator sunglasses should have an upper limit in mind as to what they can afford before they go shopping. But just keep in mind that “cheap” often means inferior quality of construction and may have a short life.