Bifocal and trifocal eyeglasses are no strange items to any one who’s passed the dividing age of 40 and who’s started to feel difficulties seeing things of different distances. However, not everyone who’s passed that age threshold is required to wear such eyeglasses if they want to have freely changeable visions for their daily uses. See, the age factor in this matter merely indicate the possibility of a case of presbyopia, brought about by the fossilization of crystalline lenses in our eyes alongside aging processes in all other organs. The typical symptom of such case is a difficulty to focus at close ranges which can be easily tackled by a pair of carefully selected magnifying specs. No multiple prescription power eyeglasses are needed in that matter. What makes the whole thing tricky is the likeliness that some might have other vision problems before they turn 40 and fulfill their doomed destiny. For instance, one who already is myopic before they pick up their old vision might find the single powered magnifying glasses unsatisfactory. At such times, bifocal or trifocal eyeglasses come in their rescue.

Unlike regular single vision eyeglasses, bifocal glasses and trifocal glasses feature more than one prescription powers on the very same pair. Such design might’ve be laughed as pure heresy in the old ages when the golden touch of modern science hasn’t transformed people’s life dramatically as it did later on. But, with today’s technology, to make such eyeglasses is but the simplest practice. Modern technicians blend two or three pieces of lenses with different powers together and fit them into the same frames and hence come a revolutionizing product. Sure the telltale lines in the middle can and are being interpreted by some as nerdy and out of style, but for those who value more on the practical function than the fancy but useless fashion aspect, such lines can be also be representing mature and trust-worthy. 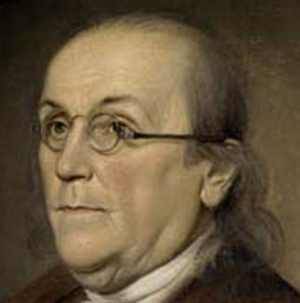 Some might cite progressive eyeglasses, a more technology-laden product than bifocals and trifocals, as a better alternative. On the surface, it may appear so, since with the all changing prescription powers on these specs, one is able to see things at different distances and get rid of the telltale sign of age at the same time. But, under a closer look, the statement may not necessarily always be true. Due to the unique design of progressive lenses, wearers are often required to turn or tilt his whole head at certain direction just to see certain object, otherwise, the wearer is liable to experience vision distortion. This normally requires a period of adjusting to get used to, which varies from a couple of days to several weeks. Most people may end up comfortable with those specs, but there are some who just never can get pass the adjustment. For them, wearing progressives is not only a nightmare but sometimes a danger. Switching back to bifocals and trifocals is a wise and rationalized decision they can make, and a decision also will benefit them more than they expected. As long as they look pass the unsightly aspect of it, they will turn out enjoying these glasses better than their old pair of progressives.