Nowadays, new styles and trends are popping up like mushrooms in the sunglasses fashion scene, making it a real headache for people to decide what’s hot and what’s not. Fashion magazines keep coming up with new ideas to attract eyeballs and we as the consumers fall victim to the constant seeking of that trendy look. Just when we think we have it all, the next issue of Vogue comes out and tells you that it’s time to switch looks. Keeping up with what’s in vogue is ridiculously hard, or is it? The fact is if you really dig into those fashion publications and articles that tell you what to put on next, you will find that at least in the sunglasses arena, some classic sunglasses just never fade away. They have been around since the 40s or 50s and, based on what’s going on with them at the moment, and they will definitely be around in at least the foreseeable future. Being inspiration for almost every new style that’s coming out, these classic sunglasses will never be the wrong way to go if you wish to stay in the fashion and don’t really have that whole lot of time to read every issue of Vogue. Here, we list some of the most universally considered classic sunglasses for men and women so that you, our readers, won’t have to take the trouble and time to find out yourself. 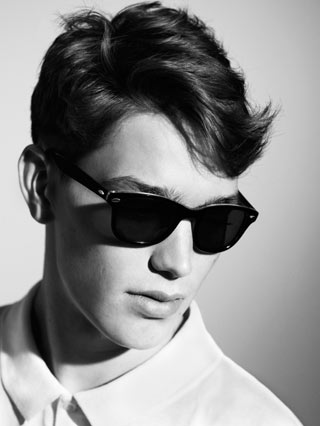 One of the universally recognized and most frequently seen classic sunglasses for men is aviator sunglasses. Originally introduced for the U.S. Air force, these shades are characterized with their thin wired frames and their teardrop dripping shapes. These shades were born in the 40s, but were popularized in the 70s and 80s by a couple of pop culture events including the 1986 action flick Top Gun. And ever since then, aviators have been dominating the men’s sunglasses scene for decades. Although the details of the frames may have changed over time, the typical aviator look has prevailed the test of time and lasted to this very day. When it comes to men’s classic sunglasses, no other comes to mind before aviators.

Another style that’s been favored among both the male and female population is the Ray Ban Wayfarers. You may argue that’s more of a brand name rather than a style. But the truth they have been popular that they might as well be considered as a style. Look at any celebrity in Hollywood, and it’s hard to find one who’s never sported a pair of these. Their cute looks and compatibility with practically anything in your wardrobe are probably what’s keeping them ever more popular season by season. 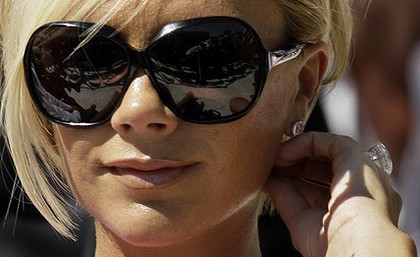 When we goes from the unisex to the female territory, one style of classic sunglasses that has to be mentioned is oversized sunglasses. Although not strictly constrained to women, these shades that typically cover most of your face are truthfully much more popular among women. First made popular in the 60s by the classy former first lady Jackie Onassis Kennedy, these classic sunglasses for women became the defining style of the later part of the 20th century, and as we can see today, have continued to shape the sunglasses industry in the first decade of the new century and possibly a long time to come in the future.

Comments Off on Classic Sunglasses: Styles That Never Fade Away »

Having been popular for years with boaters and fishermen who need to reduce glare reflected from the water around them when they are working, polarized sunglasses are getting more and more attention from people of all walks of life as their benefits are being discovered by more and more people.

Outdoor sports enthusiasts, including skiers, golfers, bikers and joggers are all rushing out to get their hands on these sunglasses. Besides, almost anyone who has to drive on a sunny day finds these sunglasses helpful in that they can reduce glare from smooth surfaces like the hood of a car or the road’s surface. Light-sensitive people, like post-cataract surgery patients and others who suffer continual exposure to bright light through windows can even wear them indoors to see clearer.

“How exactly do polarized sunglasses work” you may ask. To answer that , we need to first be aware of the fact that light reflected from a smooth surface such as snow or water tends to be horizontally polarized, which means that instead of scattered in all directions, light travels in a more horizontal direction. This usually creates a rather annoying and sometimes even dangerous intensity of light that we know of as glare. A vertical polarizing lens thus can reduce the brightness of the light waves and at the same time let optical information through. Depending on the angle, polarized sunglasses can be made to filter out no light or all of the light, catering to different needs.

There are, however, some instances when polarized sunglasses are not advised. One is when you are looking at those liquid crystal displays (LCDs). Polarized lenses may reduce the visibility of images produced by those displays. So, you might have to take off your glasses when you are reading the numbers on an automatic teller machine or trying to look at your cell phone screen or GPS device. Another occasion is when you are downhill skiing. After all, you don’t want to block light reflected from icy patches that tells where the danger zones are.

Comments Off on Polarized Sunglasses: A Better Way to Block Glare »