Joe Jonas Glasses: Have Your Ways with Girls with that Hip And Yummy Look

Joe Jonas glasses, both shades and eyeglasses seen worn by the teen heartthrob in and out of public, have been gaining a lot of buzz among fashion circles and attention among fans and regular glasses wearers as well. The talented and always easy-to-the-eyes looking singer has a way with glasses that keeps surprising and amazing those who may or may not have an interest in his music or other entertainment ventures. With his huge impact among teenagers and school-age girls and boys, especially girls, Joe Jonas has already become the icon of the ideal boyfriend in the minds of many. So, boys, listen up, if you want to have your ways with girls, hurry up and cute up with Joe Jonas eyeglasses. 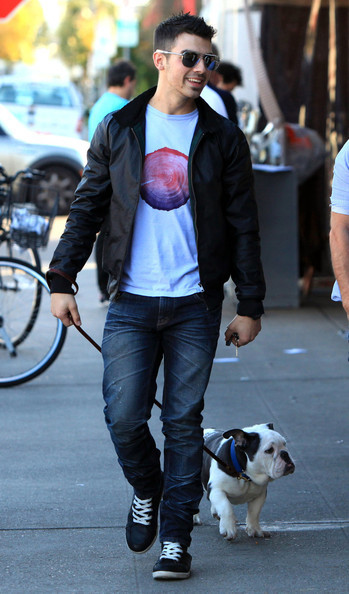 Formerly in a singing group called Jonas Brothers which include two of his brothers, Joe Jonas has made music industries with two of their latest albums peaking at No. 1 on the Billboard 200 charts. Later with a strong fan base and huge talent that attracted many industry tycoons and executives, Joe embarked on his solo career, with his debut solo album Fastlife released on October, 2011. The album received considerable success, selling over millions all over the globe. Singles from the album like See No More and I’m Sorry all peaked at great ranks at the Hot Billboard 100. Besides his music achievements, Joe is also known for being the ex boyfriend of country princess Taylor Swift and the inspiration for her hit single Should’ve Said No. Even though the relationship was short-lived, their friendship remained the evidence of which being Jonas inviting Taylor up stage and performing the song with them. However the song might’ve depicted Joe, he remains the dream boy for millions of fans in the states and all over the world.

To say that Joe is a sunglasses maniac is no exaggeration at all. Ray ban aviator, Wayfarer and Gucci all could be found on the man’s face. Want to appear as hip and yummy as the teen heartthrob himself?? Well, Firmoo.com is the site you can’t miss. At Firmoo, the world’s No. 1 online eyewear vendor, quality shades of various styles, materials and color choices are all at the click of your mouse. Go to Firmoo.com and place an order, the iconic Joe Jonas eyewear will be yours in less than just a few days.